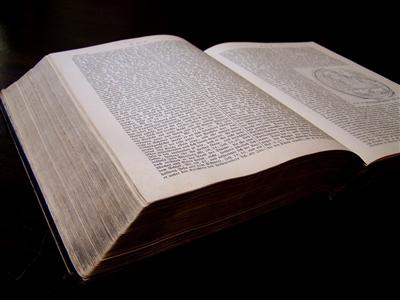 "but speak thou the things which become sound doctrine:"

We believe that the Holy Bible was written by men supernaturally inspired; that it has truth without any admixture of error for its matter; and therefore is, and shall remain to the end of the age, the only complete and final revelation of the will of God to man; the true center of Christian union and the supreme standard by which all human conduct, creed and opinions should be tried.

By “The Holy Bible” we mean that collection of sixty-six books, from Genesis to Revelation, which does not only contain and convey the Word of God but IS the very Word of God.

By “Inspiration” we mean that the books of the Bible were written by holy men of old, as they were moved by the Holy Spirit, in such a definite way that their writings were supernaturally and verbally inspired and free from error, as no other writings have ever been or ever will be inspired.

We believe that God's preserved Word in the English language is the King James Version 1611.

We believe that there is one, and only one, living and true God, an infinite intelligent Spirit, the Maker and Supreme Ruler of heaven and earth; inexpressibly glorious in holiness, and worthy of all possible honor, confidence and love; that in the unity of the Godhead there are three persons, the Father, the Son, and the Holy Ghost, equal in every divine perfection, and executing distinct but harmonious offices in the great work of redemption.

We believe that the Holy Spirit is a divine person; equal with God the Father and God the Son and of the same nature; that He was active in the creation; and in His relation to the unbelieving world he restrains the evil one until God’s purpose is fulfilled; for He convicts of Sin, of judgement and of righteousness; that He bears witness to the Truth of the Gospel in preaching and testimony; that He is the agent in the New Birth; that He seals, endues, guides, teaches, witnesses, sanctifies and helps the believer.

THE DEVIL OR SATAN

We believe that Satan was once holy and enjoyed heavenly honors; but through pride and ambition to be as the Almighty, fell and drew after him a host of angels, that he is now the malignant prince of the power of the air, and unholy god of this world.  We hold him to be man’s great tempter, the enemy of God and His Christ, the accuser of the saints, the author of all false religions, the chief power back of the present apostasy, the lord of the Antichrist, and the author of all the powers of darkness -- destined however, to final defeat at the hands of God’s Son and the judgement of an eternal justice in hell, a place prepared for him and his angels.

We believe in the Genesis account of creation, and that it is to be accepted literally, and not allegorically or figuratively; that man was created directly in God’s own image and after His own likeness; that man’s creation was not a matter of evolution or evolutionary change of species, or developments through interminable periods of time from lower to higher forms; that all animals and vegetable life were made directly, and God’s established law was that they should bring forth only “after their kind.”

THE FALL OF MAN

We believe that man was created in innocence under the law of his Maker, but by voluntary transgression fell from his sinless and happy state, in consequence of which, all mankind are now sinners, not by constraint, but by choice; and therefore under just condemnation without defense or excuse.

We believe that Jesus Christ was begotten of the Holy Ghost in a miraculous manner; born of Mary, a virgin, as no other man was ever born or can ever be born of a woman, and He is both the Son of God, and God the Son.

THE ATONEMENT FOR SIN

We believe that the salvation of sinners is wholly of grace; through the mediatorial offices of the Son of God, Who by the appointment of the Father, freely took upon Him our nature, yet without sin, honored the divine law by His personal obedience, and shed His blood to make a full and vicarious atonement for our sins.

GRACE IN THE NEW CREATION

We believe that in order to be saved, sinners must be born again; that the new birth is a new creation in Jesus Christ; that it is instantaneous and not a process; that in the new birth the one dead in trespasses and sins is made a partaker of the divine nature and receives eternal life, the free gift of God; that the new creation is brought about in a manner above our comprehension, not by culture, not by character, nor by the will of man, but wholly and solely by the power of the Holy Spirit in connection with divine truth, so as to secure our voluntary obedience to the Gospel; that its proper evidence appears in the holy fruits of repentance and faith and newness of life.

THE FREENESS OF SALVATION

We believe in God’s electing grace; that the blessings of salvation are made free to all by the Gospel; that it is the immediate duty of all to accept them by cordial, penitent and obedient faith; and that nothing prevents the salvation of the greatest sinner on earth but his own inherent depravity and voluntary rejection of the Gospel; which rejection involves him in an aggravated condemnation.

We believe that the great Gospel which Christ secures to such as believe in Him is justification; that justification includes the pardon of sin, an the gift of eternal life on principles of righteousness; that it is bestowed not in consideration of any works or righteousness which we have done; but solely through faith in the Redeemer’s blood, His righteousness is imputed unto us.

We believe that repentance and faith are solemn obligations, and also inseparable graces, wrought in our souls by the quickening Spirit of God; thereby, being deeply convicted of our guilt, danger and helplessness, and of the way of salvation by Christ, we turn to God with unfeigned contrition, confession and supplication for mercy; at the same time heartily receiving the Lord Jesus Christ and openly confessing Him as our only and all-sufficient Saviour.

We believe that a Church of Christ is a congregation of baptized believers associated by a covenant of faith and fellowship of the Gospel; observing the ordinances of Christ; governed by His laws; and exercising the gifts, rights, and privileges invested in them by His Word that its officers of ordination are pastors or elders and deacons, whose qualifications, claims and duties are clearly defined in the Scriptures; we believe the true mission of the Church is found in the Great Commission; First, to make individual disciples; Second, to build up the Church; Third, to teach and instruct as He commanded.  We do not believe in the reversal of this order; we hold that the local Church has the absolute right of self government, free from the interference of any hierarchy of individuals or organizations, and that the one and only superintendent is Christ through the Holy Spirit; that it is scriptural for true churches to cooperate with each other in contending for the faith and for the furtherance of the Gospel; that every Church is the sole and only judge of the measure and method of its cooperation; on all matters of membership, of policy, of government, of discipline, of benevolence, the will of the local Church is final.

BAPTISM AND THE LORD’S SUPPER

We believe that Christian baptism is the immersion in water of a believer; in the name of the Father, of the Son, and of the Holy Ghost, with the authority of the local Church, to show forth in a solemn and beautiful emblem our faith in the crucified, buried and risen Saviour, with its effect in our death to sin and resurrection to a new life; that it is prerequisite to the privileges of a Church relation and to the Lord’s Supper; in which the members of the Church by the sacred use of unleavened bread and grape juice are to commemorate together the broken body of Christ and His shed blood ; preceded always by solemn self-examination.

THE PERSEVERANCE OF THE SAINTS

We believe that such only are real believers as endure unto the end; that their persevering attachment to Christ is the grand mark which distinguishes them from superficial professors; that a special Providence watches over their welfare; and that they are kept by the power of God through faith unto eternal salvation.

THE RIGHTEOUS AND THE WICKED

We believe that there is a radical and essential difference between the righteous and the wicked; that such only as through faith are justified in the name of the Lord Jesus, and sanctified by the Spirit of our God, are truly righteous in His esteem; while all such as continue in impenitence and unbelief are in His sight wicked, and under the curse, and this distinction holds among men both in and after death, in the everlasting felicity of the saved and the everlasting conscious suffering of the lost.

We believe that civil government is of divine appointment, for the interests and good order of human society; that magistrates are to be prayed for; conscientiously honored and obeyed; except only in things opposed to the will of our Lord Jesus Christ; who is the only Lord of the conscience, and the coming Prince of the kings of earth.

THE RESURRECTION AND RETURN OF CHRIST AND RELATED EVENTS

We believe in and accept the sacred Scriptures upon these subjects at their face and full value, of the resurrection, we believe that Christ arose bodily “the third day according to the Scriptures”; that He ascended “to the right hand of the throne of God”; that He alone is our “merciful and faithful high priest in things pertaining to God”; “That this same Jesus which is taken up from you into heaven shall so come like manner as ye have seen Him go into heaven” --- bodily, personally and visibly; that the “dead in Christ shall rise first”; that the living saints “shall be changed in a moment, in the twinkling of an eye, at the last trump”, “that the Lord God shall give unto Him the throne of His Father David”; and that “Christ shall reign a thousand years in righteousness until he hath put all enemies under His feet.”

We believe that the command to give the Gospel to the world is clear and unmistakeable and this commission was given to the churches.

THE GRACE OF GIVING

We believe that God’s method of financing His earthly work of spreading the Gospel to all nations; the care of the churches and the support of the ministry is by the tithes and offerings of His people, that it is to be distributed as directed by the leadership of the Spirit as the need arises.  The time to tithe is upon the first day of the week, that everyone is accountable to the Lord for one-tenth of his income and that tithing was instituted long before the law was ever given and was practiced by the early Church.